The fight against waste and garbage with the help of robots

The amount of waste is growing at an alarming rate around the world, and it is becoming increasingly difficult to manage it. Collecting and disposing of garbage in this volume is difficult, especially given the threats to health and life that accompany these processes.

And why should we allow people to risk their lives and come into contact with garbage when there is a convenient alternative – robots? Over the past few years, robotics has achieved a major technological breakthrough. 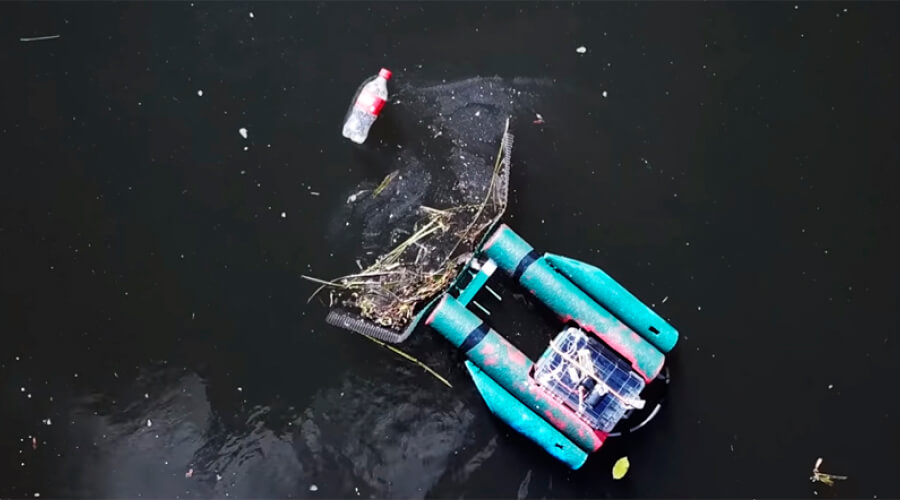 Many waste management and recycling companies already use robots, but garbage collection is still an area in which robots are almost not involved.

Ideas for creating robots that collect waste are already being developed all over the world.

If you walk along the banks of the Chicago river in summer, you will see something quite unusual. Among the ducks, swans, fish, rare beavers and otters, a small robot will swim from time to time. Like a small raft, it will methodically descend and ascend the river, collecting everything that will be on its surface. This thrash boat is the brainchild of Chicago-based startup Urban Rivers, which has brought together environmentalists, roboticists and other professionals to clean up city rivers and help their residents.

On the surface, a thrash boat may seem like a “water Rumba”, autonomously (or randomly) choosing a path while there is still pollution ahead. It moves by itself, like a Rumba! But in fact, the opposite is true. The robot does not choose its own direction; it can be controlled at any time by one of the approximately 4,383,810,342 global Internet users.

Anyone with Internet access can log in to the Urban Rivers website and become a bot pilot within two minutes. The goal of the company is for a person to find garbage at this time and have time to grab it, and ideally-also to take it to a special container near the river, from where it will then be removed. Thus, cleaning rivers becomes not a virtual activity that “someone somewhere is doing”, but a very real activity in which you can physically participate-without getting your hands dirty.