Paradise island of Semakau is created from the garbage

When you stop perceiving garbage as something unnecessary, you can get something good.

A small state like Singapore had nowhere to take land to store the waste produced by almost 6 million residents. Of course, a lot of things are recycled, but there are still thousands of tons of unsorted or non-recyclable garbage. Therefore, the Singapore authorities had to come up with a plan to get rid of garbage in a limited land Fund. 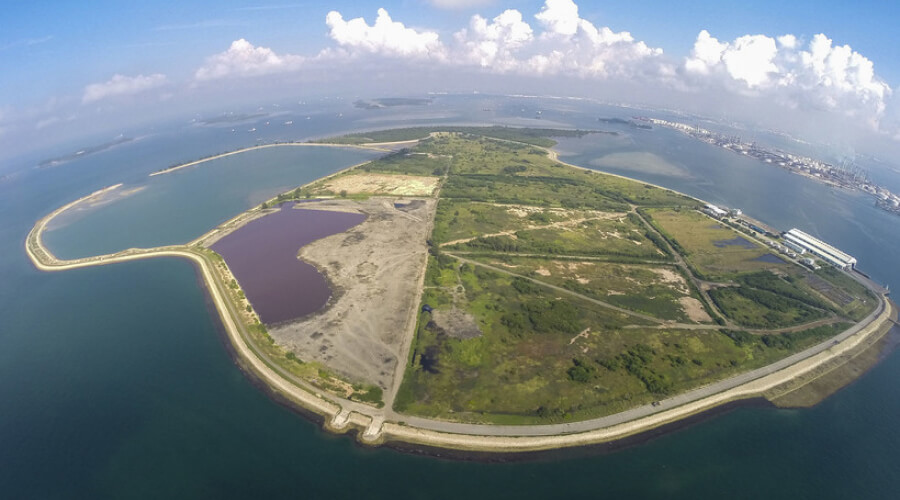 Separate collection, sorting and recycling of waste was launched here, as well as 4 incineration plants were built. According to statistics, only 2% of waste is sent to the landfill, 61% is recycled, and another 37% of garbage is incinerated.

The government claims that with the help of incineration, they manage not only to save space for landfills, which the country does not have, but also to generate energy. Thus, incineration plants provide 3% of the energy needs of the island’s residents.

The ash remaining after incineration, as well as other non-combustible substances, are sent to the Tuas garbage transport station, from where they are transported by sea to the Semakau landfill for final disposal.

Semakau is an island of 350 hectares, completely formed from household and industrial waste.

Every day, sea vessels bring to the island more than 2000 tons of ash left over from garbage incineration. The area where the garbage is dumped is fenced with a special grid so that its parts do not penetrate into the ocean. The ash is isolated from water and covered with special plates on top, so it does not harm the environment. Birds live here, trees grow. This landfill is more like a Park.

Singaporeans like to go here on vacation, fishing, and schoolchildren are taken on excursions to show how to handle garbage.
There is a coral nursery on the island, where white sea bass is also grown. The condition of mangroves that had to be replanted during the construction of the island is regularly checked. Coastal waters are also checked to prevent harm to the unique flora and fauna that these places are rich in.

It is estimated that the island will fill up until 2040.

Analyzing the incineration plants Spitellau in Vienna (Austria) and in Singapore and other similar enterprises in developed countries, we can conclude that the product of waste incineration (ash) can be effectively and cost-effectively used in the construction of road surfaces, overpasses, buildings, various communications as one of the high-strength binding components. In addition, such plants generate heat and electricity for the needs of the population of cities, which reduces the financial burden on specialized enterprises, thereby saving the resources and ecology of the planet.